I began my studies for GCSE Maths with some anxiety, since I am very much older than most candidates. But once I engaged Mr Ian Moseling as tutor, my confidence grew. He has just the right combination of skills in the subject and in tutoring that made the course more of a pleasure than a worry. I would like to thank him for his
great assistance which was a very important part in my being able to secure a pass.

I had struggled with a few key Maths concepts and had twice attained a D prior to visiting Ian.  Ian's tutoring provided the clarity and understanding to push me across the line to get the pass that I desired. I cannot recommend Ian highly enough.

Thank you for inspiring N and giving him so much confidence in Maths.

I was constantly getting E's and U's and I never thought I could pass. My previous tutor told me that I would never pass so I nearly gave up until I got Ian as a Tutor and I really started improving,  In the end I passed, I would highly recommed him.

My son really struggles with maths.  Since being tutored by Ian there has been a real change in his attitude and confidence, his maths teacher can’t believe he now actively participates in class discussions. I cannot recommend Ian enough, I just wish I had found him sooner.

My daughter really struggled with maths to the point where she lost all confidence.  Ian’s tutoring gave her the ability to believe in herself and push her to new levels.  She started with Ian barely scraping a GCSE grade 2, within seven months her mock results had improved to a Grade 4 with just a few marks off a Grade 5 and subsequently her Head of Maths gave her special praise for such an excellent result.  The important thing for me, was seeing my daughter’s confidence grow in a subject that previously she was so muddled with, and to see her so thrilled with the great mock result.

My son needs an A* in Maths to get to the university he wants to go to, to study Engineering.  Thanks to Ian's Engineering background, approachable manner and humour, they got on really well straight away and my son enjoyed all his lessons.  My son thought Ian wanted the best for him and was good at explaining all the parts he didn't understand.  The 2020 A levels have been cancelled and we are even more grateful that he was able to benefit from Ian's teaching throughout years 12 and 13 as the school collect evidence in schoolwork to determine his grade.

I struggled to understand certain topics in my Maths A-level and after doing quite poorly in my C3 and C4 mocks, I went to seek the help from Ian. He was always very patient with me when I found it difficult to get my head around particular topics and he was able to provide amazing exam techniques to help tackle the more difficult questions. I think we probably covered every type of integration question there is possible! I really felt more confident after each tutor session and I noticed a big improvement in my papers. I am so thankful to have had Ian as my tutor. I would 100% recommend :)

Ian has been a great assistance in helping me secure the A grade at a level maths that I needed to get into university. He explained the areas of the course I didn’t understand, and allowed me to choose what I felt was most important to focus on, while also advising me on areas he felt I need to work on as well.

Thank you so much for everything, I learned a great deal from you, not even just content, but exam technique too, the little things to look out for and how to predict questions. But more than anything, we had a really funny time, I think you're hilarious and I'll miss your dry humour so much.

I sought Ian's help after getting a B in my Maths A level having received a B in mechanics and a C in C3 and missing out on the A grade I needed for university. Ian is a great teacher; he is so patient if you don't quite understand something, often explaining in different concepts until it clicks. This is what happened with my C3. I often struggled with the last question of each paper and when I brought these to lessons, Ian taught me how to think of the questions in a different way and really made time to ensure I fundamentally understood, something which I had never experienced before at school. After being tutored by Ian I managed to get an A* in my maths with 100 ums in C3. So thank you so much Ian, it took an extra year but it was all worth it in the end!

Thank you for all your help with L's maths A-levels.  You have made a huge difference to her belief in her mathmatical abilities and her confidence going into the exams.

Mr Moseling has been a great tutor and helped me to achieve the A for A-Level Maths. After finding AS mock exams difficult and worrying about how I would do in my actual AS exams, I started being tutored by Mr Moseling with only a couple of months left until the summer exams. However, I still achieved an A with his excellent tutoring and, of course, decided to continue with it for A2 Maths. Mr Moseling really listens to what your concerns are and is happy to help no matter what they are. He is really good at answering any specific queries and explains them very well. He will take time to ensure a particularly difficult topic is grasped. His exam focused approach makes him an ideal tutor for achieving top results and I cannot recommend him enough.

I came to Ian on the back of poor mock exam results in A2 level and he helped me to really understand the topics that I had previously struggled with. I managed to get an A overall and I doubt that I would have been able to do that without him.

I highly recommend Ian Moseling as a private tutor. Ian has a wonderful rapport with students of all ages, with a natural ability to connect and a talent at teaching simple concepts as well as more advanced topics. Ian has been fundamental in topping up our son's mathematical abilities at degree level, the benefits of which have been invaluable.

I passed my resit with 85%.  I couldn't have done it without your help over the summer.

Thanks for all your help over the past year. Without you, I would certainly have failed.

If you would like to talk to one of my past or present students, please let me know and I will put you in contact with them. 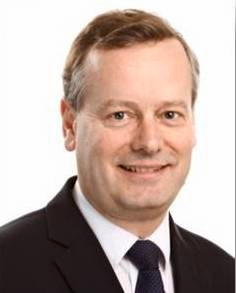 I am located at: